John Driscoll has a unique understanding of all aspects of the boating world, including recreational, commercial, shipping and fishing vessels, luxury and small yachts, both power and sail. 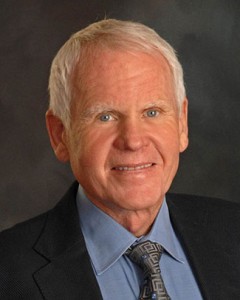 His expertise is grounded in decades of broad-based, firsthand experience working in all facets of the maritime industry.

The Driscoll family has a heritage of nearly a century of expertise in the maritime world. Starting the John’s grandfather, John Gerald Driscoll Jr, a highly respected  maritime attorney, continuing with the founding of Driscoll Custom Boats by John’s father and uncle. John began working in the Driscoll boatyard at the age of 10, maintaining and cleaning the premises. As a teenager he worked his way up the company ladder from apprentice to journeyman in numerous boatyard trades, including carpentry, painting, welding, rigging, construction and maintenance. He then assumed various responsibilities including sales and marketing, cost estimates and budgets, scheduling, shipyard management and shipyard operations. Ultimately, Driscoll assumed responsibility for the management of the families’ highly respected shipyard before launching his own company, Driscoll Yacht and Ship Brokerage in 1975.

Driscoll’s multi-faceted professional maritime expertise and experience, coupled with his personal passion for boating has earned him the respect of his peers, vendors and clients. His effective method of developing and structuring evidentiary material, his commanding presence and his articulate, effective and authoritative manner in court and/or arbitration settings have made him a sought-after maritime expert witness.

John has raced sailboats since was six years old. He has served as skipper and crew on many types and sizes of sailboats and won many regattas around the world. He served on the Board of the San Diego Yacht Club from 1991 through 1999, and was the Club’s Commodore in 1998.